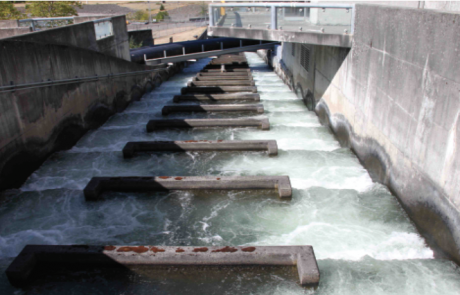 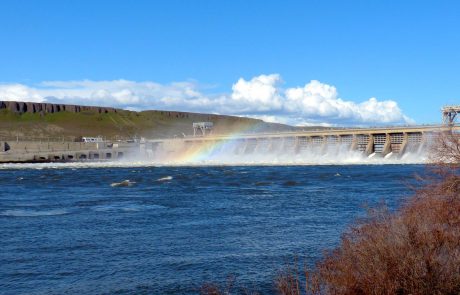 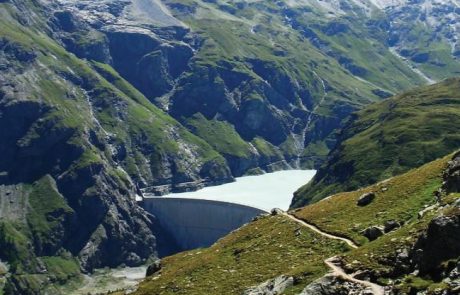 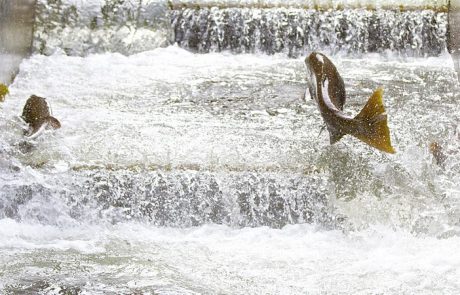 The future of the Northwest’s most iconic fish

Salmon are iconic in the Pacific Northwest. More than iconic, they feed our ecosystems and are at the heart of Northwest Native American culture. Unfortunately, many populations of salmon have also declined sharply over the last 150 years. Commercial overfishing and habitat loss reduced their numbers to near-extinction levels before the first federal dam on the Columbia River was completed in 1938.

As more federal dams were constructed, a greater emphasis was placed on the implementation of fish passage technology. Thanks in part to this effort to build and update fish passage at these dams, significant improvements have been made to restore salmon in the Columbia River basin. Just since 1981, customers of the Bonneville Power Administration have funded close to $7.6 billion in fish and wildlife protection. These protections include habitat restoration programs and expenses such as fish passage improvements at federally operated dams and investments in federally owned hatcheries.

Much of that funding has also supported the work carried out by state agencies and tribes. 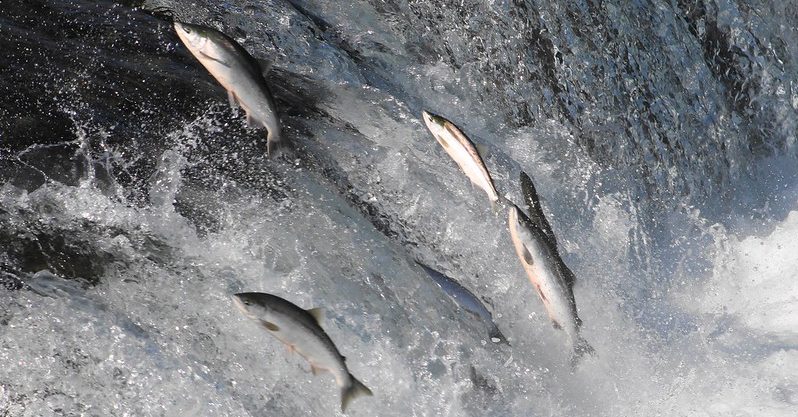 As a result of these investments, juvenile salmon production and survival has improved greatly, and fish passage for both adults and juveniles is excellent at many of the projects. Carefully engineered fish ladders and turbine bypass systems, such as fish screens and slides called spillway weirs, help juvenile salmon survive at a rate of between 93 and 99% past each dam.

Juvenile salmon that do encounter turbines are benefitting from more fish-friendly turbines at select dams. These turbines use fewer blades than a traditional turbine, reducing the risk of a fish being stunned or injured by an impact from one. An added benefit to these turbines is that they’re also more energy-efficient.

Other hydropower funded programs include planting trees to provide shade and cooler water for salmon, removing blockages like crude dams and culverts, adding rocks and logs to provide structure that shelters salmon from predators, and cleaning up garbage and pollution.

A decade-by-decade comparison shows significant increases in the total number of returning adult salmon for both the Columbia and Snake rivers since the first federal dams were built. These increases are even more impressive, because warming, acidifying oceans have reduced coastal-wide survival rates of key salmon populations.

In fact, scientists believe that climate change is the greatest threat to salmon populations. Warmer ocean conditions have shifted the balance of predators and prey, which has led to near-synchronous declines in key salmon populations worldwide.

Another important climate change-related challenge is river temperatures. Salmon are cold-water species that are put at risk when the river temperature exceeds 68 degrees Fahrenheit. A 2020 peer-reviewed study by NOAA fisheries shows that the undammed portion of the Snake River Basin—specifically the Salmon River—is most susceptible to warming temperatures. This is because it doesn’t benefit from the steady flows provided by hydroelectric dams, and water levels can dip extremely low in late summer.

In support of this finding, research from Pacific Northwest National Laboratory showed that dam reservoirs heat more slowly than a free-flowing river during the spring and summer period and reach lower maximum temperatures. The tradeoff is that they are slower to cool back down in the autumn.

This phenomenon exists because reservoirs hold more water than free-flowing rivers. Simply put, water is a slow conductor of heat, which means that the more water you have in the river, the more difficult it is to heat and cool.

Generally, this seasonal trade-off plays out well for salmon, which need to be protected from the summer temperature extremes. The warmer than normal temperatures that linger after summer tend to occur in between the timing of runs, so returning adults are less likely to be adversely affected.

Temperatures aren’t the only challenge that salmon face. Due to human population growth and waste, much of the food salmon ingest is packed with chemicals, drugs, and microplastics. Salmon also face threats from an increase in predation from birds and marine mammals, like seals and sea lions, whose populations have exploded under federal protections.

Scientists warn that recovery efforts made in rivers and other freshwater habitats cannot stop the decline in salmon survival if the ocean isn’t addressed. Furthermore, NOAA has warned that if climate change continues unchecked, threatened Chinook salmon populations may face extinction in as little as two to three decades.

Larger efforts will need to take place to restore saltwater habitat and improve ocean conditions, but we’re optimistic these steps can be achieved if the same collaborative effort that has restored our rivers is applied. We will also need to continue to support and encourage the use of clean, carbon-free energy sources like hydropower to reduce the effects of climate change. Currently, hydropower supplies 90% of the Northwest’s renewable energy and is our greatest tool in adding other renewables. It is critical that we act fast and work together to change our oceans to give salmon a chance at a comeback.

We use cookies to ensure that we give you the best experience on our website. By continuing to use this site you are indicating you are happy for us to do so. Ok
Go to Top